Once Upon A Time Machine


Chris Stevens and Andrew Carl put together this massive volume of stories from various artists and writers themed around futuristic retellings of fairy tales. Great stuff. I was asked to provide digital coloring for a portion of the book and a pin up illustration.

Right before the book was set to debut at the 2012 New York Comicon, Andrew and I sat down and talked through ideas that would eventually become the animated promotional trailer for OUATM. Using artwork from the book, I created a this 90 sec video with AfterEffects. The synching with the soundtrack really works nicely- go click on full screen 1080p and turn up the volume!

If you noticed, the first sequence has integrated frame by frame animation as the camera moves past. My next animated vid will explore this technique further. 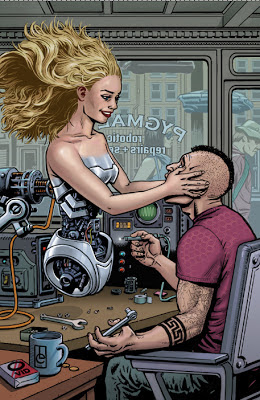 My illustration for Pygmalion which appeared in the book. 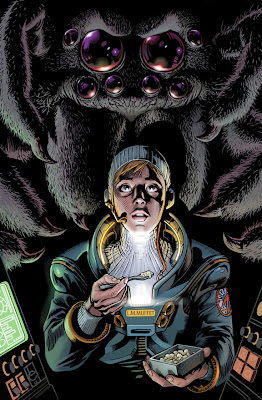 Posted by erlickimages at 11:21 PM